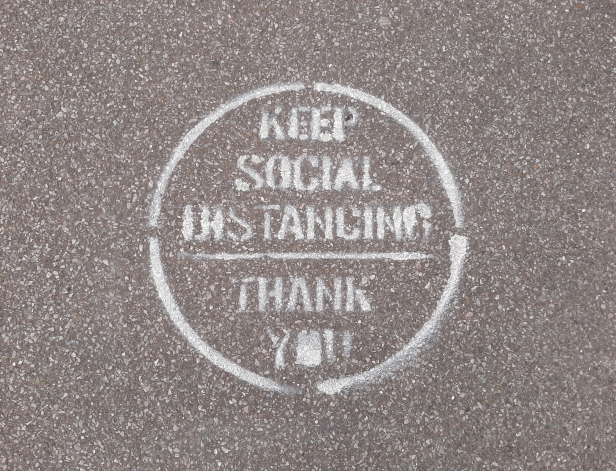 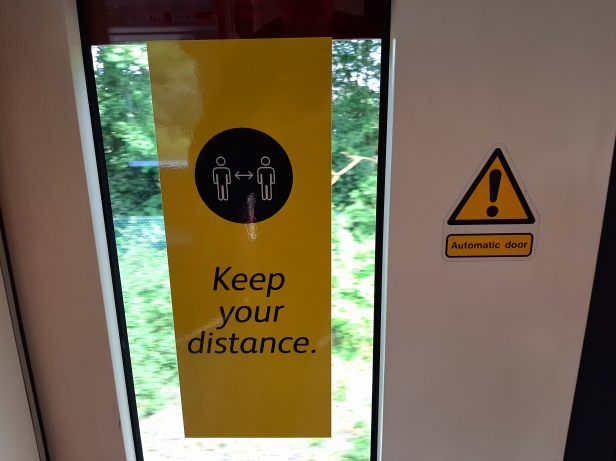 Gaslighting is a form of psychological manipulation in which a person or a group covertly sows seeds of doubt in a targeted individual or group, making them question their own memory, perception, or judgment, often evoking in them cognitive dissonance and other changes including low self-esteem.
Wikipedia – https://en.wikipedia.org/wiki/Gaslighting

Whether you’re at home or out and about, there’s no getting away from a stream of nagging and cajoling about ‘dealing with’ coronavirus. Switch on commercial radio and you’ll hear paid for announcements from the government with the latest ‘advice’ – the same applies to commercial TV. Listen to any radio station on the BBC, and mentions of dealing with the coronavirus, lockdown and the so called ‘easing’ are ubiquitous. Travel anywhere by train and you’re bombarded with signage and announcements asking if your journey is ‘really necessary’ and then advising you to treat every other passenger as a potential bio-hazard instead of simply as a fellow human being. Take a walk into your local shopping area and the nagging is there with stencilled signs on the pavements and directional arrows telling you which way to walk.

In many (but not all) of the shops, cafes, pubs and restaurants that have re-opened, the new (ab)normal is ever present. Here are just a few examples of this… Being told which way round a supermarket you have to walk with no deviation unless you want to be shouted at by someone who for the first time in their lives has a bit of power. Having to leave contact details with door staff at the pub door before you can go in for a drink. Door staff who you’ve never met and have no idea if you can trust. Then when you enter the pub, being told where you can sit and how loud you can talk. No opportunity whatsoever for spontaneous meetings and chat. Going into a bookshop and then being told that if you touch a book, it will have to be quarantined for up to 72 hours if you touch it but don’t buy – effectively, no browsing. For many people, going into a bookshop for a browse is the whole point. Bookshops implementing this might as well give up, stay shut and just let Amazon do the bookselling!

During lockdown when we were out and about, the impression we got was that most people were being sensible and observing physical distancing protocols. That’s because by and large, most people were using their common sense based on the information they were receiving from various quarters plus what they were hearing from their friends and families. Most of us did the right thing by physically distancing and sacrificing our social and family lives by restricting who we met face to face. Too many people in making these sacrifices had to endure the pain of not being able to attend the funerals of friends and family because of the restrictions on gathering that were placed upon us. A pain that will stay with them for the rest of their lives. All of this was done because we thought that having kept our side of the bargain, we would eventually be able to get back to some kind of normaility where we could freely interact with each other as human beings and not have to treat each other as potential bio-hazards, Well, after keeping our side of the bargain, what have we got in return? A spirit breaking new (ab)normal, that’s what.

A new (ab)normal where we find we’re divided between those of us with a few reservations about mask wearing and those who are fanatical about it. A divide between those who insist that when schools re-open, all kids should wear masks and stay physically distanced from each other on the one hand and on the other, those of us who see this as nothing more than de-humanising child abuse. Divisions between those of us who would normally take a vaccine but rightly have concerns about something that appears to be getting rushed through at break neck speed on the one hand and on the other, those with a blind faith in science who accept no questioning. As political activists, we’ve lived through some pretty toxic divisions but the ones that have emerged over the response to the coronavirus, lockdown and ‘easing’ into the new (ab)normal are the most toxic we’ve ever dealt with. Yes even more toxic than the issue that did for the London Anarchist Bookfair back in 2017!

A new (ab)normal that’s crushing the spirit out of more and more of us. One where there’s a growing tsunami of mental health issues. One where there’s growing number of suicides as people who’ve already endured months of isolation away from friends and family simply give up hope. One of the factors in them giving up hope is the all of the gaslighting we’ve outlined above. Gaslighting not just from the state, the media and the corporations who will make enormous profits from the new (ab)normal but also from too many of our fellow citizens who relish the freedom they have been given to bully, cajole and snitch, ostensibly in the name of ‘defeating the virus’.

A new (ab)normal where we’re told, quite often by high powered people with links to pharmaceutical industry raking in billions, that there will be no return to free interaction with each other until a vaccine has been developed and we’ve all ‘consented’ to take it, regardless of any legitimate concerns about the risks involved. A new (ab)normal that those who love flexing their power and imposing their judgements on and gaslighting those of us asking legitimate questions about what’s being done to us are lapping up. A new (ab)normal bolstered by the useful idiots unwittingly doing the bidding of big pharma, the rest of the asset stripping corporations making a killing out of lockdown and the wannabe totalitarians in political circles and government. We see you – we will not forget or forgive you…ever…

One thought on “Gaslighting”