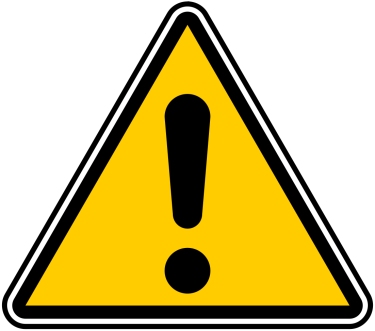 We’ve had week after week of wall to wall coverage of the COVID-19 crisis in the media. The question is, how many people are still paying attention to it and how many, for the sake of their sanity, are choosing to switch off from it? If this ever ends, it would be an interesting exercise to conduct research on what effect this barrage of coverage has had on people’s mental health. It would also be interesting to see how much this relentless coverage has further undermined people’s already shrinking faith in the media.

We’ve been doing what we can to try and keep up with developments but to be honest, we have days when the stress of trying to discern any meaningful signal from the cacophony of noise is so overwhelming, we simply switch off and try to re-focus the following day. Having said this, a still somewhat scratchy picture is starting to emerge of what we face in the coming months and years as the COVID-19 crisis evolves and morphs into something that will quite possibly be sinister and dystopian.

Fault lines are emerging. On the one hand, there are those who by and large accept the lockdown and the need for it to go on for some considerable time and also, are largely supportive of whatever tracking and monitoring measures have been mooted to ostensibly limit and eventually eliminate the spread of the COVID-19 virus. On the other hand, there are those who have taken a look at the relentless coverage of the crisis, smelt a rat and are starting to question the narrative we’re being fed, particularly when that is being used to justify measures which will restrict our freedom and subject us to more surveillance. As regular readers of the Heckler may have gathered, we tend towards the latter. We’re anarchists and as we’re supposed to accept no higher authority than ourselves and those we collectively organise with, it would be downright negligent of us to not question the narrative we’re being fed!

Coming right in over the top of this is the threat of more austerity to ‘pay’ for the money the government has spent in ‘dealing’ with the COVID-19 crisis. The impact of the last round of austerity is still being felt and has decimated the lives of millions of working class people. Another round of austerity will leave millions with nothing left to lose. That will have consequences as Dr Lisa Mckenzie clearly sets out in this piece: If the UK government brings in a new round of austerity to pay for Covid-19, it’ll spark civil unrest that will see cities burn.

So, all of the extra powers the government has conferred upon itself and all of the surveillance and tracking that’s coming our way, ostensibly to deal with COVID-19, will certainly come in handy when the shit hits the fan as the next wave of austerity is sent to crush us. Just one example are the powers that could see restrictions or bans on large gatherings for the rest of the year and quite possibly, into 2021. As we’ve mentioned previously, large gatherings will take in demonstrations and radical/anarchist bookfairs. Which leaves us with mutual aid work and online propagandising. If you keep your mutual aid work away from digital networks as far as possible, avoid any hierarchy, keep it grassroots and face to face, you’ll get by. Those of us who are basically propagandists and because of the dearth of opportunities to physically distribute our material, pretty much have to rely on being online, will be facing a very uncertain future as we slide towards more authoritarianism.

On the subject of restrictions, there are strong rumours that many cafes, pubs and restaurants will not open again until close to Christmas. Bear in mind, many of these establishments face the prospect of going to the wall: Pubs in the UK Might be Closed Until Christmas – If They Survive at All. As we’ve written before, that’s a massive loss of opportunities to meet up with friends for company, drink and/or food. While those of us whose jobs have survived this massive economic shock will be gradually returning to work, there will be little or no socialising because there won’t be anywhere to go. Life will be reduced to work, commute, eat, sleep, commute, work…repeat on loop, ad infinitum. Entertainment will not be the company of friends but whatever is being piped down to our TVs. A diet of fear-mongering so called ‘news’ designed to keep us frightened and reliant on the authorities to look after us. Sprinkled with a toxic dose of divide and rule to keep us divided, atomised and easier to manipulate and control.

That’s for those ‘lucky’ enough to still be in ‘steady’ work. For the millions more who’ll be on precarious zero hours contracts or unemployed, struggling to find work in an economy that’s been gutted and reliant on Universal Credit, life will be grim. For those who are disabled and rely on Universal Credit and a gutted public sector for the support they need, life is already horrendous as they find themselves increasingly thrown to the margins. As it is for the elderly in care homes pretty much unable to access hospital treatment and finding that they’re subject to ‘Do Not Resuscitate’ notices. We’re in a society where some lives are seen as worth considerably less than others – based on how much people can or can’t contribute to the ‘bottom line’. When that narrative starts to become widely accepted, what is essentially a cull by a combination of neglect and malice starts to become normalised.

The lockdown is tearing us apart from each other. If a loved one has been diagnosed as having COVID-19 before they passed away, not only were you not allowed to be with them in their final hours if they were in hospital, you’re not allowed to see their body before cremation. Numbers are strictly limited at the funeral with physical distancing enforced and no wake afterwards. At a point in life where you need to emotional and physical support of family and friends, it’s denied to you. People are going to be mentally scarred by experiencing the passing of a loved one in this way for the rest of their lives.

We live opposite a park with play equipment, now taped off. It’s been silent since March when the lockdown was brought in. Along with the closure of nurseries and schools, kids have been denied the opportunity to play with each other. Play is not a frivolous activity. From toddlers onwards, play is how kids learn to interact with each other. It’s how they learn to negotiate, compromise and co-operate with each other. It’s how they learn from mistakes and go on to become fully rounded human beings. Denying kids the opportunity to play for any significant length of time is going to cause long term developmental and mental health issues down the line.

Adolescence is when kids really start to work out who they are. It’s when kids quite rightly want to assert their independence and get out into the world. It’s when long term friendships are formed. It’s when they develop a support network of their peers. Can you imagine what an adolescent will be feeling when all of this is denied to them as they face what is to all intents and purposes, indefinite house arrest? A ‘normal’ adolescent will find this hard enough. Anyone with mental health issues will find this agonising. Tragically, this has already led to adolescents feeling they have no option but to take their lives.

As we’ve written previously, it really does feel like we’re being subjected to a massive psychological experiment: A few readings and thoughts on the psychological impact of COVID-19 anxiety and the lockdown. One in which we’re simultaneously being subjected to an unprecedented level of fear-mongering and being torn apart from each other. One in which we’re being made to feel that the only option of being able to move forwards is to subject ourselves to a loss of autonomy through increased tracking and surveillance, ostensibly for our own good. One in which our hopes and plans for the future have been trashed. One in which we’re being atomised and made ever more dependent on the whims of our rulers for our survival. One which has already turned into a fucking nightmare for a lot of people and will do for many more of us.

It seems that when a commentator uses the word ‘reset’ to describe the social and economic turmoil that’s coming our way, the accusations of ‘conspiracy theory’ start flying around. The last few weeks have been quite revealing in terms of where those accusations have been coming from because a fair number of them have come from people who consider themselves to be ‘radical’ and a few from so called ‘anarchists’. The point is that the global lockdown has caused an economic shock of historic proportions that like previous shocks, will end up seeing more wealth concentrated in fewer hands. As has already been seen in the years since the banking crash of 2008.

So, people who may think they’re doing the right thing by supporting restrictions on movement and gatherings, as well as increased tracking and surveillance are actually supporting the creation and enhancement of an apparatus that will completely screw our lives and freedoms. All we ask is that you take a deep breath, take a few steps back, do your best to get some perspective and start to ask some hard questions about what’s being done to us. If those questions aren’t asked and we continue on the trajectory we’re on, for many of us, life will become mere existence as we’re effectively plugged into a dystopian matrix. Many may not even survive to experience this.

You may find this hard to believe but we’d really love it if we were wrong on everything we’ve written above and ended up with a copious amount of egg on our faces. Trust us, we want to wake up and find this has all been a bad dream. The thing is, we wake up every morning, check our news feed, see the deserted playground opposite us, feel that tightening, sickening feeling in our guts and realise this is reality. We’ve got an all too narrow window of opportunity to act and start to resist what’s happening to us. If we don’t, not only are we screwed, generations to come will be as well…

One thought on “A sort of a warning…”