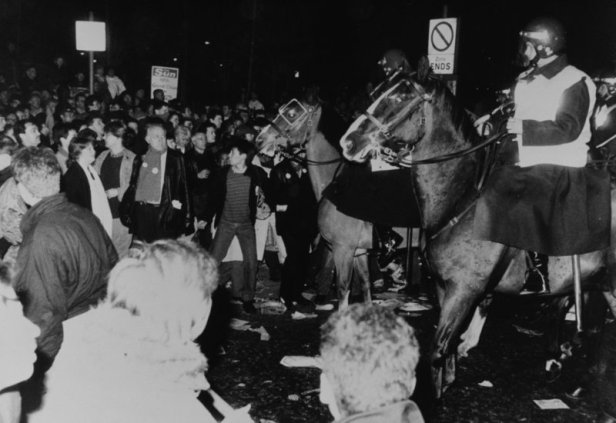 On the Friday 4 / Saturday 5 September, activists from Extinction Rebellion (XR) targeted print works owned by Rupert Murdoch’s News Corp.: Extinction Rebellion Blockade U.K. Newspaper Printing Plants | The Associated Press – 5 September 2020. This was in protest at what they see as a lack of serious coverage of climate change by the mainstream press. The aim of the action was to block the entrances to the print works at Broxbourne in Hertfordshire and Knowsley near Liverpool and disrupt distribution of the papers printed there. According to a number of accounts and the evidence of our eyes when we went to buy our paper on Saturday morning, they had a fair bit of success with achieving their objectives.

Unsurprisingly, the XR action has generated a lot of debate and outraged comment. There have been a fair few comments about the action being an attack on the freedom of the press. Mind you, how a mainstream media, printed papers included, controlled by a handful of billionaires can be described as a ‘free’ is something that does baffle us. To get any genuine free news and commentary, you have to dig out your own sources on the Net and trust your judgement as to whether they’re trustworthy or not.

When we heard about the blockade on Friday night, we started to get all nostalgic about when striking print workers in 1986/7 did their level best to blockade Murdoch’s newly built print works at Wapping in London’s East End. Unlike XR last Friday night, the print workers and their supporters were up against masses of cops and policing tactics that had been battle tested in the miners strike in 1984/5.

For those of you not old enough to remember the bitter Wapping dispute, there’s this from Wikipedia – https://en.wikipedia.org/wiki/Wapping_dispute

The Wapping dispute was a lengthy failed strike by print workers in London in 1986.

Print unions tried to block distribution of The Sunday Times, along with other newspapers in Rupert Murdoch’s News International group, after production was shifted to a new plant in Wapping in January 1986.

At the new facility, modern computer facilities allowed journalists to input copy directly, rather than involving print union workers who used older “hot-metal” Linotype printing methods. All of the workers were dismissed. The failure of the strike was devastating for the print union workers, and it led both to a general decline in trade union influence in the UK, and to a widespread adoption of modern newspaper publishing practices.

Here are a number of readings we’ve curated which will give you some interesting background about the dispute and what the eventual defeat of the printers meant for trade unionism in the UK:

Reading through these, you’ll get some idea of how pivotal winning the Wapping strike was for Murdoch in building his empire. So, as much as we have reservations about XR’s strategy and tactics, part of us thought that after almost 34 years since the strike was defeated, this is a little bit of overdue payback:)