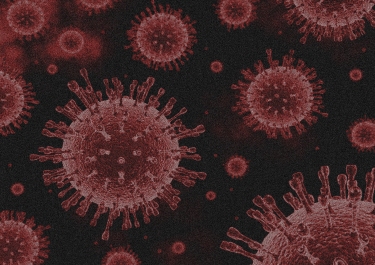 Here are a few more COVID-19 related readings. We make no apology for the fact that all three, in their own way, deal with the implications of the lockdown and what the future holds for us. A future that looks to have considerably less in the way of freedom for many of us. As we’ve mentioned previously, once a state accrues powers to deal with an emergency situation, they are very reluctant to relinquish them. We face challenging and threatening times ahead…

Suffice to say, inclusion of a reading in this list is not a full endorsement of the position the author is taking. They were picked because they’re thought provoking, sometimes provocative and raise issues that need to be discussed and debated. On that basis, constructive, comradely debate is encouraged…

Coronazombies! Infection and Denial in the United Kingdom – Simon Elmer | Architects for Social Housing | 9 April 2020
It’s a curious fact that, in every disaster movie that comes out of Hollywood, whatever threatens Western Civilisation, Humankind or Planet Earth typically starts with the United States of America, usually New York, but sometimes Los Angeles. Whether it’s alien invaders, nuclear war, the rise of artificial intelligence, terrorist attacks, a tsunami wave, an earth-bound asteroid, environmental catastrophe or a deadly epidemic, it’s as if the propaganda arm of the US state is preparing its population for the disasters to come.

And After the Virus? The Perils Ahead – Resistance in the Year of the Plague – CrimethInc. | 11 April 2020
How will our society emerge from the COVID-19 crisis? Does the pandemic show that we need more centralized state power, more surveillance and control? What are the threats ranged against us—and how can we prepare to confront them?

Coronavirus thoughtcrime – Winter Oak | 27 March 2020
It is hard to believe what has happened to our “liberal democratic” Western societies over recent days. Even those of us who have long been warning that we were heading into a new 21st century form of high-tech neoliberal fascism have been left gasping at the speed of the Blitzkrieg waged upon us. C.J. Hopkins sums up the situation in a March 27 article on the Off Guardian site. “Police are patrolling the streets of Europe, checking people’s ‘permission-to-go-outside’ papers.”