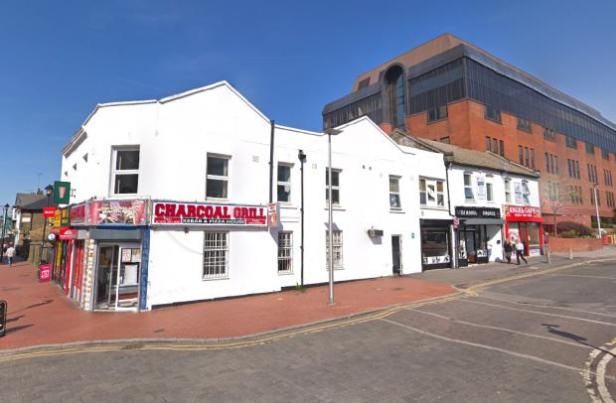 It would appear that the businesses sitting in the footprint of the proposed extension to the Thurrock Council civic offices in New Road, Grays, have until 25 November to vacate their premises. Dave’s News, run by Nissa and Pritesh Patel is the first to close as they pull the shutters down for the last time this weekend: “We have been a complete afterthought for the council” – the human cost of Thurrock’s civic offices.

Reading the above report in the Thurrock Independent, it’s pretty clear that the council have done the bare minimum to help the business owners find and move to new premises. They face financial hardship and possible ruin after they have spent years building up businesses that serve the needs of the local community. That matters little to Thurrock Council as they ruthlessly pursue their ‘vision’ for the ‘re-generation’ of Grays town centre. A ‘vision’ that sees the town as home to affluent young commuters while the working class of all colours and origins is squeezed out.

This is blatant social cleansing. Given that all of the businesses affected have been built up by the hard graft of people of migrant origin, it’s understandable that a fair few people may think there’s an element of casual racism in the way Thurrock Council have gone about things. That’s on top of their usual levels of incompetence, particularly when it comes to their clumsy, botched efforts at liaising with the owners and the local community.

In an ideal world, Thurrock Council would have a mea culpa moment and apologise to the business owners and the local community for the shoddy treatment that has been meted out to them. We live in a far from ideal world and the ruling cabal of Tory councillors and the senior officers involved will feel they can carry on forcing their plans for ‘regeneration’ onto an unwilling town, regardless of the human cost involved. It’s high time these self serving scumbags were called to account for their actions.

Lastly, Thurrock Council have stated that the cost of the project will be in the region of £10 million pounds. Really? Do they seriously think anyone in Thurrock is mug enough to believe this project will come in as costed? Here’s a little reminder of why people may be a tad cynical about the claims of the council on delivering this project on time and within budget: Thurrock Council project cost overruns – an emerging pattern.